Tom Hardy returns with bedtime stories in our hour of need

It’s an unprecedented time, with sleepless nights aplenty for many of us, young and older. Thankfully, Tom Hardy is back with his bedtime stories.

While the UK remains under government lockdown to quell the spread of the coronavirus, the English actor is set to make his triumphant return to the British TV network CBeebies, in order to read a selection of new stories to help weary heads get to sleep.

It’s not Hardy’s first time at the story rodeo, having made his first appearance on the kids’ channel back in 2016 — and those stories have clocked up over 1 million views on BBC’s streaming service, BBC iPlayer.

Here’s a delightful little reminder from 2017: 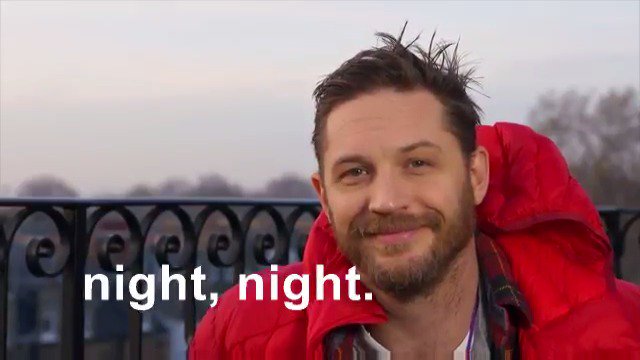 Returning in a time that’s particularly challenging for us all, including kids, Hardy will read a new story every day starting on Monday, April 27 through to Friday, May 1. An additional story will come after this, but the date is yet to be confirmed.

Filming of the stories happened in Hardy’s own garden and in accordance with social distancing guidelines.

Hardy will kick off with a story aptly called Hug Me by Simone Ciraolo on April 21 at 6.50 p.m. BST. It’s about Felipe, the BBC says, “a young cactus who really needs a hug but his family just isn’t the touchy-feely kind so he sets off to find a friend of his own — and a hug.” Too real.

Here’s the lineup of stories:

“It goes without saying how thrilled we are to have Tom reading more stories for us,” said Cheryl Taylor, Head of Content, BBC Children’s, in a press statement.

“It’s during challenging times like this that the BBC serves its purpose to entertain the whole of the UK and these new stories are guaranteed to do just that with their themes of long distance friendship, sharing problems and true courage in overcoming seemingly impossible challenges.”

We could use a good story right now, Until then, we’ll be over here watching Samuel L. Jackson’s timely adaptation of a bedtime classic.

Watch Tom Hardy on CBeebies’ Bedtime Stories from April 21 at 6.50pm GMT each weekday on the CBeebies channel and BBC iPlayer.

BY SHANNON CONNELLAN for mashable.com